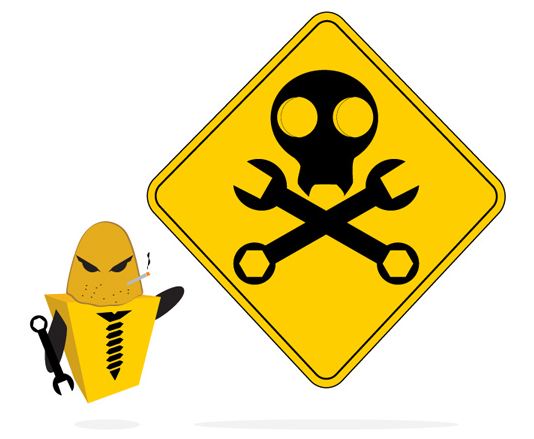 As I travel from plant to plant and facility to facility I see both Reliability Champions and Reliability Killers.
First, lets talk about the "bad guys." These are the people in the organization that are not necessarily against getting better but they do not "have the time" to make the improvements and certainly do not want to wait for others to either. These folks are quick to say "When is the asset going to be back up?" without asking "what caused the problem?" and "How do we prevent it from happening again?" These are the ones who will spend the companies money to buy predictive and precision maintenance tools but because of the learning curve, do not allow them to be used lest they slow down the repair process. Their goal is not to fix it right just to fix it again and preferably as fast as possible. During one extended visit to a site I watched the company spend a substantial amount of money on alignment equipment and training but as soon as the crafts tried to use them and took a few extra minutes the supervisor yelled at them "to get that stuff off there and use a strait edge. We have to get this line up!" He was a Reliability Killer.
So what does a Reliability Champion look like? They are still concerned with getting the equipment fixed but they allow that bit of extra time that can get us to root cause and improve the precision of the repair. They use your target business processes. They know if we take a little down time now then I prevent a lot of downtime in the future. Their definition of fixed is a permanent repair not one requiring baling wire, duct tape and a hammer. They like to fix it once and forget it (after it is recorded in the CMMS).
In the end the reliability killer can be neutralized and in some cases even converted to a champion. It starts with communication and the creation of awareness and then as the killer sees the error of his ways and why changing could benifit him then he can accept more knowledge that can used to correct the situation or at least stop the killing. It is not eazy but it is possible with a plan and the desire to communicate.
So which category do your leaders fit into? Are you the Champs or the Killers? What are your plans to change that?