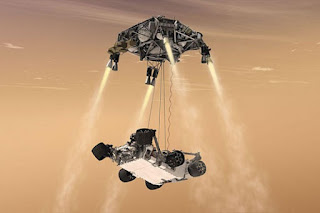 So, ever since the NASA Shuttle program was canceled the view from the outside of NASA has been a bit drab but today they shot an arrow and hit a bulls eye 350 million miles away. This physics forum was predicting a 60-70% chance of success. Those are not great odds but when you look at the complexity of this delivery system, success becomes even more incredible. That's why this is so exciting. 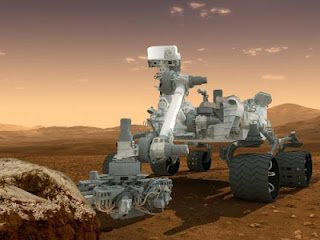 This mission cost about $7 per every American citizen, according to the technical team however I get the feeling that is initial build and launch cost not life cycle cost. The nominal mission length is two years but they have now said they won't be shocked if it lasts much longer than two years. As an example of longevity look at the history from the last two rovers, Spirit and Opportunity. They were designed for 3 months use and Spirit made it 6 years and Opportunity is still going in its 8th year. That is serious reliability.
Many things that we as engineers design or procure will far exceed their "design life". I have spent time in 90 year old hydroelectric dams, 6o year old rolling mills and 50 year old smelters that were as reliable today as they had ever been. The key point to remember is that according to Nolan and Heap 89% of all failure modes are not time based. So with that said, age is not the major driver. It is how you design, operate and maintain them. In the end, that is all you can control. NASA engineered in flexibility to their rovers. This flexibility comes in the form of redundancy, but also the ability to re-purpose elements to do new functions as the situation dictates. They also practice a supreme form of precision assembly that equates to our precision maintenance. It includes standards of alignment, torque, cleanliness, and lubrication. They also make use of sealed for life products like bearings because it is somewhat hard to change out a set of bearings on the surface of Mars.  Finally they use predictive maintenance technologies to their fullest, measuring and trending all aspects of the craft as it operates to identify defects and mitigate where possible.  Are you thinking like NASA? Does your equipment demonstrate their levels of reliability? What could you change today?
I will leave you with one little piece of trivia that I learned while putting this post together:
According to Miles O'Brien, the holes in Curiosity's wheels (seen above) spell "JPL" in Morse code. This is interesting because NASA made JPL take their name off the treads during the design and build phase. See even rocket scientist have a since of humor.