You Need to Stop Jumping to Conclusions... Oh Me Too. Here are 5 Tips. 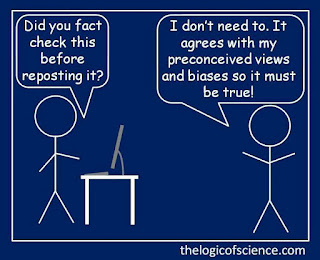 Lets go solve the world's problem one fact at a time!
No comments:

You Can Not Cost Cut Your Way To Prosperity. Guest Post: Allen Canaday

We are excited to welcome Allen Canaday, formerly the Planning and Scheduling Manager from the North American Maintenance Excellence Award wining Mount Holly Aluminum Smelter. Allen will be sharing his hard earned reliability knowledge with the students of Eruditio and The Institute at Patriots Point and with all our blog readers with his guest post. Welcome Allen!

"Did you know many of today’s manufacturing companies are experiencing unprecedented pressures on a positive bottom-line performance?  This is especially true for U.S. based commodity businesses.  Many of these businesses succumb to the thought process of costs cutting their way to prosperity and all too often the repair and maintenance budget becomes the target for reductions.  Such action may provide short-term costs benefits but will never be sustainable.  Eventually, we, the Maintenance & Reliability professionals, must teach businesses to adopt a new approach to this old problem.  As practitioners we must drive continuous improvement, not only in our processes, but in our leadership development for supervisors, advanced skills training for the crafts, reliability engineers and maintenance planners and schedulers.  Building effective, sustainable processes and passionately managing these processes to the smallest detail will deliver sustainable results to the bottom line through improved asset availability."
No comments:

"The Lost Art of a Smile" Guest Post from Madelaine Kenner 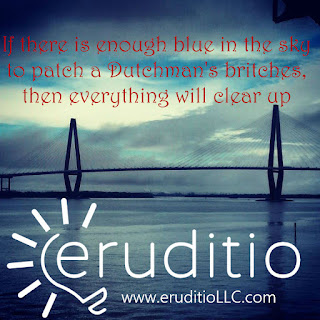 Madelaine Kenner who is part of the awesome team here at Eruditio shares with us her thoughts on making a real difference and how simple it can be. Enjoy!
"My grandmother had this saying about storms that really stuck with me. She used to always tell me, “If there is enough blue in the sky to patch a Dutchman’s britches, then it will clear up.” I used to think it was a silly saying until I thought of it in another light; everyday connections with people. Let me ask you this; when a storm is coming…do you ever see just one little dark cloud? I highly doubt it. It can start out as one cloud and quickly evolve into a whole sky of dark in the blink of an eye. However, after a whole day of rain, isn’t it nice to see the sun peak out from behind those clouds…a silver lining you could say?
The Human Race is a social species. We value connection with others. Here’s an example; say you are on the way to work. You pass by people every day at work, right? So why not smile? It’s the simplest form of communication and yet has come to almost be a lost art. But here’s the thing…IT TAKES VERY LITTLE EFFORT! Just like that little blue patch in the sky, a simple smile and glance can turn someone’s whole day around. They may not talk about it to anyone and you may not say a word to each other, but it can be that one thing that turns their whole day around. Now let’s put the shoe on the other foot; can you recall ever having a bad day? What was a simple remedy to having a bad day? Maybe it was your friend telling you a funny joke, or a coworker giving you the “cheer up, buttercup” talk you needed. Or, it could just be that one little smile that you catch from a stranger as you exchange passing glances that give you that little burst of positivity you need to get through your day.
So my question to you is this…would you rather be that dark cloud on the horizon? Or, would you rather be that little blue patch of sky in everyone’s sky? No words, just smiles; the positivity will radiate from you and spread to everyone else. Who knows…maybe you will even make an acquaintance on your mundane commute that could make your routine a little more entertaining and worthwhile. So dust off that smile and keep it in your back pocket; you never know if someone might need their britches patched up. "
No comments: