Today's guest post by Blended Learning student Rick Clonan of Nissan is a sample of a communication to his organization to explain a problem that they had been facing. Interestingly enough it is a problem that many of us face in our sites. Thanks to Rick's willingness to share, you might be able to craft a similar example and share with your organization.

There has been a lot of discussion as to why we are asking technicians to write corrective work orders for problems found on a PM instead of fixing the issue on the spot.  If we consider the example of the four machines below, it becomes clear why this is the case.

A technician is assigned a 2 hour PM for each of the machines below.  As he checks #1, there are no issues found and the PM is completed with no corrective work order generated.   As the inspection of #2 begins, he notices an issue.  This issue is not very critical and could wait until next  weekend.  He decides to fix it anyway.  The repair takes another 2 hours.  He moves on to machine #3.  There are no issues that demand immediate attention.  Since the PM of #2 and the corrective work order to fix the issue have taken a total of 4 hours, it is now time to go home, and the PM for  machine #4 does not get done.

The problem is, machine #4 has a failure in it that will shut the machine down in a day if not detected.  The next shift coming in has it’s own list of things to do and will not get to the PM on machine #4 that the previous shift did not complete.

What we are trying to accomplish is to get as many failures detected as early on in the failure curve as possible.  It is understood that some repairs need to happen as soon as the fault is detected.   Most of the time this is not the case.  With the chance to plan for a repair, all of the parts can be ordered and the job will take less time.  We need to adapt to more of an inspection mindset when doing a PM and provide a clearly written corrective work order when a failure is detected.   This is not the way things have been done in the past.  We cannot continue to do things the same way and expect better results.  We must change the way we operate in order to improve.


Great example! We hope this helps you with a topic to share or can be a model for a similar communication to your group as you chase after reliability.
4 comments:

So that Power Ball didn't work out for you! Here try this. 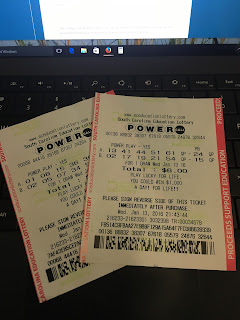 OK, so you did not win the Power Ball last night, and you drug yourself into the office this morning in the the same financial state as when you left yesterday. Yes, you will be putting in a few more years. What do you do to get going today? Try these three post to get your life back on track after the big upset.

You need to Smile: http://www.reliabilitynow.net/2015/09/the-lost-art-of-smile-guest-post-from.html Smiling is the ultimate pick me up.

You need to get a process: http://www.reliabilitynow.net/2016/01/starting-2016-on-course-to.html A process will get you to a better place.

You need to laugh, it could be worse: http://www.reliabilitynow.net/2013/03/equipment-parody-video.html Humor keeps us going though the tough stuff.
We hope these post get things going for you this morning and you have a great week improving your life without Power Ball.
1 comment:

Email ThisBlogThis!Share to TwitterShare to FacebookShare to Pinterest
Labels: Being Human, Fun With Reliability, softer side of reliability

Starting 2016 On A Course To Profitability: 8 "P" Processes that Produce Progress 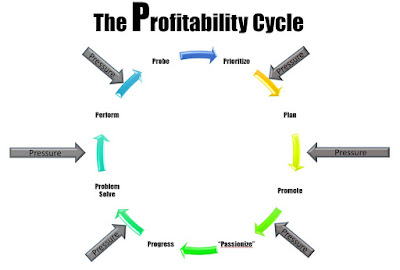 Once again, it is that time of the year, when according to Forbes, 40 percent of us set off on a journey to change our lives with New Years Resolutions. Only 8 percent of us will be successful according to the same article. Ouch! So many of the companies that we interact with need profitability growth as their New Years Resolution. In today's post I have documented what we have seen from past successful growth companies.  I have referred to it as the Profitability Cycle. Take a quick look at each of the eight "P words" that drove their profitability process.
Starting with Probe, where they looked into past results and practices and measured their gaps through metrics and process checks.
Once the probe phase is complete, they then Prioritized the principles and gaps using business case thinking.
Next, they began to review the priority and they sequenced and linked the task to create a Plan for execution. They considered resources available and the relationships between the prioritized items. In some cases, they identified key items that must be completed in a certain order for success for the larger project.
After the plan was ratified, they began to Promote the plan and explain the value to the larger population. They were very careful to explain both how it affects the individual as well as the benefits that should be expected.
The made up word "Passionize" is there to convey how that now that the plan had been promoted. The leaders selected a group of people that had demonstrated a passion for each of the improvement areas within the plan. These selected people with passion were then given power to execute the principles of the plan and implement the results.
As the passionate began to Progress with the plan, the site leadership measured progress against the plan and worked to remove barriers that could impede progress.
As barriers are identified by the leadership team or the passionate people, they go through a Problem Solving Process. Here, the passionate are looking for root causes while also looking at the business case for each of the solutions.
Once the processes are pressure tested and problem solved, they are put into the full implementation phase known as Perform.  Here, the balance of the plant or facility is implemented, and they closely watched things like adoption and results.
These results lead to the data that that could be used to probe and start another improvement cycle.
The process based nature of the Profit Cycle helped to combat the enemy of improvement, which is referred to in the graphic as Pressure. Pressure existed in many forms all trying to keep the improvement from occurring. It could have been pressure to stay with the status quo or pressure to give in to political or emotional forces.
This eternal spiraling process led to increased profitability and performance and more passionate people progressing.
Does your improvement project have the points and processes presented?