Is Your Predictive Maintenance Program a Rifle or a Shotgun Approach?

Is your predictive maintenance program setup like a rifle or a shotgun? Would you say it is well thought out and directed at  a specific failure mode of a known risk or is it more of a shoot and scatter and see what I can hit approach? 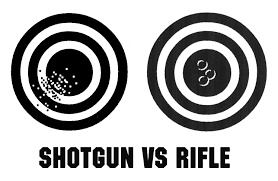 Over the last few years I have seen more sites that are the later more than the former. They hand out PdM tools to untrained or minimally trained technicians, electricians, and mechanics and they tell them to just look for problems. In some cases there is no consideration for criticality of the asset, or the type of failures we should expect. They are literally just looking for any "hot spot" or "noisy bearing" in the area. They don't understand IR's emissivity or UE's reflectivity or many of the other things that can lead to misdiagnosis and bad calls. What's even worse is they don't have the rest of the work execution process so they are missing planning and proper scheduling so everything is handled as a reactive repair even when identified with PdM. The  problem with these programs is they fail and then the site say things like "We tried PdM and it did not work here." or "PdM does not work on our equipment, we are different"
Your PdM program must take on the traits of a rifle. It needs to be directed at identified failure modes of a level of risk to the facility that they are justified. PdM needs to feed your work control process so that it builds backlog that can then be planned and scheduled for execution.  This reduces maintenance cost substantially. If you are really going to attempt a PdM implementation, then expect to train extensively a core group of users that services the whole facility. And one last more controversial thought, start with multiple technologies that work together and learn to walk before before you run by using route based tools before you dive into IIOT and Industry 4.0.
PdM is not a point and squeeze effort take time to plan, strategize and fire that one precise shot that improves reliability in your site.